With any luck, I got that Ricky Martin song stuck in your head.  😛

In this entry I’m going to focus on the bangs ( 방) or rooms, in Korea.
Bang (not pronounced like it is in English–the b is a slight mix of the b and p sounds and the a is pronounced like “ah”)
Anyway, there are a few different varieties here:
PC bangs: (computer rooms–basically where all the gamers go–but a giant computer lounge where you pay for internet access by the hour–really nice computers too.  I used these when I first got here and didn’t have my internet set up yet.

Noraebang:  (Pronounced “Nor-a-bang”)–Karaoke rooms!  I’m completely dumbfounded as to why these aren’t in the US yet.
It’s a private room that you can pay for and you can have a karaoke party with your friends.  (Mostly done after you finish up at the bars, but can definitely be done at other times too).  Comes with two microphones, a giant flat screen tv, 2 giant song books (English and Korean song choices), wrap-around couches…and you can bring alcohol into the rooms.  (Alcohol is a very big part of the culture here so it’d be really strange for it not to be allowed…but that’s beside the point.)
You walk into a noraebang, pay at the counter and escorts you to your private karaoke room.
Personally, I don’t really do karaoke in bars or in that sort of scene because I don’t want to sing in front of all those people, but this is really cool. Sing until your heart’s content…judgement free!  (hopefully :-P) 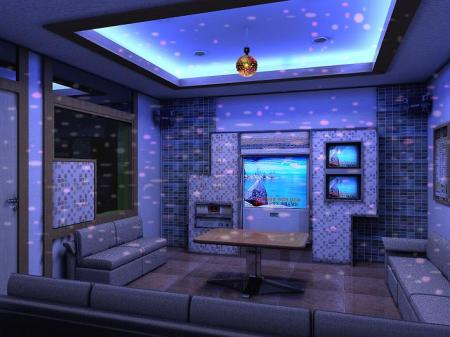 Jimjilbang:  a Korean public sauna/bathhouse.  They’re really popular over here (uh…planning on trying it out for the first time later this week)…just the one catch:  you’re naked.  Ya.  Naked.
There are a bunch of them all over, but I haven’t gotten the courage to go yet…I just want to try it at least once before I leave.
There are mixed parts of the bathhouse where (you’re fully clothed here) you can relax or get a massage (apparently these are not the same as the ones you’d expect back home.  a bit rougher, I believe.)
But in the actual saunas, there are a bunch of different rooms to choose from, varying in heat and types of saunas themselves.
I’ll be able to update more on this after I go.
It’s supposed to be a really relaxing thing (aside from the Koreans staring at you because of your foreigner body (ha) and a great way to detox your body).  Plus, it’s not something you can find in most places.

Also, you’re able to spend the night there too!  It’s a cheap option (cheaper than a hostel) and I’ve heard of people doing it at the airport (I think there’s one in the Seoul-Incheon airport) if they have an early flight the next morning.
The whole thing can range from $4-10!!  Closer to 10 if you stay the night!

There are a few other types of 방 here (as it means “room”), but I think those are the most common.