Or rather, I need an automatic disconnect from the internet feature when I browse travel sites past midnight.

So, I was poking around with different flight combinations…just to see…and honestly $500 to go to a country that I really want to visit again before returning home isn’t that bad.  In the grand scheme of things.  (Or maybe all those Asia->North America flights have warped my brain,ha.)

Anyhoo, I have a few friends to see, yummy food to eat then I’d be on my way.

And…might be able to use some miles to discount the flight.  I have to do a bit more research on that but it would be great.

ALSO!…I just found out that with IcelandAir you can get a FREE stopover in Iceland!  Granted you pay for any activities, but you don’t need to buy any extra flights!  How cool is that?!  You can stay up to 7 days thn carry on.

It really is late, so I really need to get to sleep, but I was laying here bursting with excitement that potential detour and had to tell someone.  Lucky you 😀

It’s been ages since my last post, which has been becoming more of an occurrence.  I guess no news is good news.

A handful of updates:
*I’ve begun studying for the GRE exam, which I plan to take in January
*I’m leaving Korea and US-bound in March–after FOUR years (contract ends at the end of February)
*Classroom stuff is going swimmingly and I’ve been able to try my hand at video editing, which is pretty fun.

GRE Exam
In case you weren’t aware, the GRE is a graduate school entrance exam.  It’s not required by all schools, but as I want to keep my options open and I have some free time, I figured it couldn’t hurt to have it under my belt.  I bought a big (and I mean BIG) book with lots of practice questions and it’s really helpful.  I’m feeling dumber than a bucket of rocks as a lot of it has leaked out of my head, but I have a nice frosty winter to re-learn a thing or two.  ha

USA-Bound
It’s true, it’s happening.  I’ve mentioned it on and off for awhile now, but it’s really happening.  I’ve been reading a lot about reverse culture shock and repatriating online as I’ve been experiencing a wide range of emotions.  At first it was relief and excitement, and everything around me seemed to be brighter, warmer, crisper and more cheerful.  Now, I’m feeling so…lost and I guess anxious would be the right word.  I keep going back and forth (with feelings, not on the decision itself) about whether I’m making the right decision, or whether I should just keep traveling for a bit.
Leaving feels right and it frees up a lot more possibilities, but the money is so addicting.  The other part that really gets me is that I’ll have a good amount saved up by the time that February gets here, more than I’ve ever had in my bank account at one time.  Ever.  Then I go home and buy a car and it’s all but gone.  Not even an expensive car…just a general used car.  It’s so depressing.  I was thinking about how far that money would go if I were to keep traveling after Korea, and I could go for about 8 months.  Maybe longer if I stayed in SE Asia.  It hurts me knowing that cars are essential in the midwestern parts of the US.

With the reading that I’ve done though, it’s really reassuring that I’m not alone in this.  I’ve also talked with friends who have already returned and they’ve given me advice as well, mainly: have a plan and keep busy.

I’m half-tempted to make a pit-stop in England before returning to the States because (1) I love it there (2) I have friends from Korea there who I haven’t seen in about 2-3 years.  (3) The Harry Potter Studio Tour in London
I do have a free return flight from Korea, which would get me there…I would just need to pay the return from London to Chicago.  Which takes away from the car fund.

I also really wanted to fill up my passport pages before it expires (in 2019, I believe).  I know going home isn’t permanent, but it feels like it.  I think that’s where part of my anxiety is coming from.

Anyway, this blog in particular was really helpful in fighting back the current anxiety that I’m feeling, especially in the comments.
*Have a plan B
*Make time to travel in your own country–which I’m actually working on as well!  I want to drive the PCH next summer.  It’s been on my bucket list for a very long time, and it would be great to see the west coast during the summer.  PLUS, I could stop in Cali and visit a friend from Korea who lives over there 😀

This is from the above-mentioned blog:
“it seems that in life doors are always opening to us that we didn’t even see when we were all the way down at the other end of the corridor, so be brave, take one step at a time, and remember that even in going back, you can still be moving forward!”
(Steph 5/24/2013)

Anyway, that’s enough for now as it’s late (as usual).

I just found this and it.is.perfection. 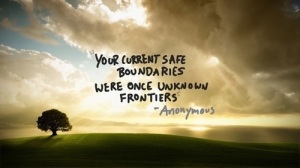