They had never heard of Hanukkah, so I was really happy with my decision to teach them about 3 of the major winter holidays.  They learned about latke, menorahs, dreidles and gelt.  I feel more knowledgeable too, haha.  I did quite a bit of research putting the powerpoint together.

I’m looking for a fun Hanukkah-related movie for our movie day on Friday to help wrap up the week so it’s not just today, but there don’t seem to be that many. 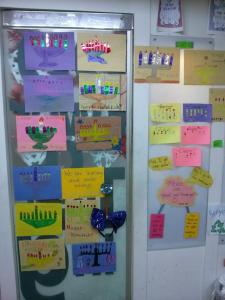 I also decorated the rest of the classroom today 😀 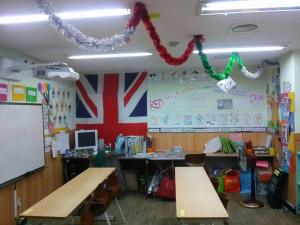 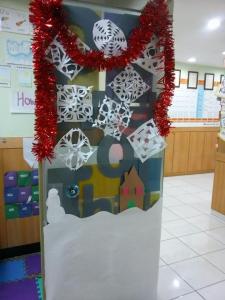 Back to Hanukkah, I was also toying with the idea of trying to make latke (fried potato pancakes), but I have no idea how those would keep throughout the day…probably not well.  Might just stick with the movie.

I also had a super religious 5-year old in my first class and I was a bit nervous talking about Hanukkah with him there because I didn’t want him to run and tell his mom that we were learning about different religions.  Anyway, he seemed to enjoy it when the Dreidle song started up in the presentation, and I still think it’s good for them to learn about the different holidays.  I had some students in my second class who were shocked when I said Christmas isn’t the only holiday in winter.
Anyway, so far so good!  I’m also loving how the menorahs turned out 😀  Lots of creativity in those pictures 🙂

Also, I learned that our front desk girl that has been there since before I was there is being let go because she wants to go to the US for a week for her friend’s wedding.  (Keep in mind that we work all through the year with only 10 days of vacation).  Head Front Desk lady said that Korean people don’t need vacation..soo…yeah.
She’s always been super nice and great with the kids and parents, so it’s a bit of a shock.  She’s being replaced by another Korean girl who doesn’t speak any English…

Should be…interesting…
Trying to keep positive though.  At least she gets to go to her friend’s wedding?  And she’ll still be in our city…so…that’s good.  *sigh*
“All work and no play makes Jack a dull boy.”

But, to end on a positive note–I sent out all the penpal letters today! (and yesterday–stragglers…)  Wahoo!  I love projects and I love this one, but it’s also really nice to have it all finished and out of my hair and thoughts.  I was going to include some Korea presents/candy, but I’m also hesitant about sending candy and such because I don’t want the other teachers in the US to feel obligated or anything to send stuff, especially because sending stuff from the US to Korea seems to be more expensive.

Anyway, goodnight!  Hope it’s warmer where you are 😀

This is a tiny post but I can’t contain my excitement to combine it with something else, so here we are.

I have been toying with the idea of organizing a penpal project for my students for awhile (just brewing in the back of my mind) and I mentioned it to my boss today and got it approved!
I wrote out a message to all of my teacher friends in the US and UK asking if they would like to write to my kids and participate and I just got someone who was as excited as I am.  Less than 3 hours later.  😀 😀 😀

I did a mini-penpal thing a few months back where my kids wrote to “a book character” (me) and I wrote a custom letter back to each of them.  It was a ton of work though (20+ custom letters).  We did it back and forth twice and they got excited about the letters, but I think this will be more exciting.  They’ll have real kids their own age and they can practice writing in a real sense…not just in a workbook or for a test.
Maybe even form some long-term friendships??

Anyway, I had long day Friday and was ready to leave, but now with this new little project, I’m excited for Monday to get here 😀

I think I’m about 60-70% finished with this CD-making project.

I’ve currently made 30 of 36 CDs (I’m going to bump it to 40 in case there are last-minute requests or any issues with scratches, etc.) and I’ve put together 25 of the lyric booklets.  I was going to print them all out at the same time, but I sort of blanched when I saw how many pages it was.  I’m making them double-sided, with 3-4 songs typically on one sheet of paper but it’s still a lot.  It helps my conscious to break it up a bit, haha.

Making the CDs hasn’t been as tedious as I was expecting.  I pretty much just go about my business here, watch movies, etc and just switch out the CDs every few minutes or so.  The CDs take about 6-7 minutes to burn and I put the lyric booklets together assembly-line style while listening to music, so yeah, not too bad.
My school also provided a pretty massive stack of blank CDs (maybe 50) PLUS the little paper sleeves, so that’s another expense taken off my shoulders.
—

Still need to:
*collect the money from the front desk (They were cross-checking that everyone had paid and that there were no double-payments)
*get bags and tissue paper (my school apparently gets discounts at a particular art/stationary supply store and my school said they’d reimburse me)
*finish the last CDs (will finish tonight)
*finish the last of the lyric sheets
*stuff the bags, add names
*distribute

I feel like I’m closer to finished than the list shows mainly because I think things will go quickly once I get those bags and the other lyric sheets printed off.

I see the light at the end of the tunnel!  I wanted to put them in bags and such to jazz them up and make everything look nice.  It’s a lot about the presentation with this sort of thing, IMO.

Ladies and Gentlemen…I have wifi in my apartment for the first time in my life.

Ok, so maybe not that big of news…but still pretty fantabulous.

In my apartments prior to this one (in the US), I’ve had a desktop computer (from 2005-2012ish) and then I got my laptop for when I moved overseas.  I have had internet but never got the wifi setup.  I thought it involved calling the internet guys to come back out and set something up, which would be more of a hassle than just dealing with the cords.  (Wifi/internet guys aren’t included in my Korean 1 textbook).  heh.

Apparently, wifi routers are plug and play/use here (directions and setup are all in Korean though).  Anyway, I had a bit of difficulty with one of the steps because it kept asking me for a password that I didn’t have.  I tried about 15 combinations and messaged one of the guys from the Korea (Expat) MacPC guys’ group on Facebook and one guy got me sorted with all the Korean menus.  Annnnd here we are!

Two main things I’m excited about:
1. NO CORD THROUGH THE MIDDLE OF MY BEDROOM…seriously.  I could do a jig I’m so happy.  The guy who set up my internet originally had the internet cord right next to my desk and then he moved it into the kitchen (two room apartment).  The problem with that was that the cord wasn’t long enough to reach to my desk without cutting straight through my bedroom.
I got used to it, but it was one of those things that sort of rubbed me the wrong way each time I looked at it…for about a year.  So…it’s gone and the cords are all nicely tucked away and I’m not at risk for tripping anymore.  More dance space, too!  Hoorah!

2.  Being able to look at recipes on my computer…in the kitchen.  😀  Hellllllloooooo baking with ease!

Anyway…what a happy end to my night 😀  I’m beyond thrilled to have that sorted finally.

Let’s see, also I wanted to do a mini work update/vent (not a real vent, just talking out loud).
So, I’m one of two teachers that do my curriculum at my school and they’ve asked the both of us twice to make sure our schedules are the same.  The first time we saw that we did the same things and trimmed some things out to make it more cohesive.  The second time they said to make sure our schedules are EXACTLY the same.  Yes, exactly.
So, we planned out an hour-by-hour weekly schedule and made sure we do the same activities on the same days.
We gave that to the newer lady that asked for it.  She was brought in to help our directors/school/parents get more organized and on the same page.
Then, I just heard today that our director is going to come to both of us again asking for us to make our classes the same.  I’m getting a wee bit annoyed because I’m not sure how much more our classes can be the same.  We use the same books and workbooks.  The only things that would be different are the way that we teach the material and we use different grammar worksheets.  Aside from that, it’s pretty much a copy.

So, I understand wanting to make the classes the same or similar because there are siblings in each of the different classes and parents want to make sure they are getting the same thing.  I get that.  I’m just getting annoyed with them asking for us to “make it the same” again and again.  I’d rather them be more direct if there is something we’re not doing that they would like us to be doing.
I also do not want to make my class a mirror copy of someone else’s class.  I make my grammar worksheets based on my own student’s needs and what I see that my students have problems with.  As does he.  I’m not going to be doing my students any favors if I just blindly follow a syllabus and don’t address the needs that they have.  Everything is nearly the same except for the things that we’re able to personalize.  Sometimes it’s nice to just let the class flow in a certain direction if the students are enjoying a particular topic and it’s more enjoyable for me if the class has more freedom, but ah well.
Anyway, the classes are pretty much the exact same except for teaching styles and some worksheet differences (teacher preferences).  I dunno.  Just wanted to get that out so it feels like someone is listening.

I also really want to make music CDs for my kids with the 10 or so songs that we’ve done in class so they can listen to them at home.  Howeveerrrr, with this same class thing, I don’t think I’ll be doing it because I don’t want to force the other teacher to do it as well.
That also means no caramel apples, no special candy or treats when they do really well.  OI.

Oh!!  Also, more photos from the Daejeombie Runpocalpse 5K were released!
Our photographer was Phil from Phil Photography (www.philwphotography.com)
I’m madly in love with these photos!! 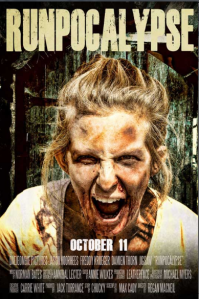 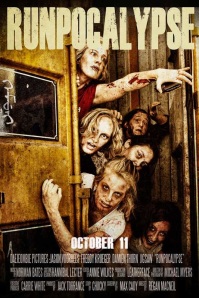 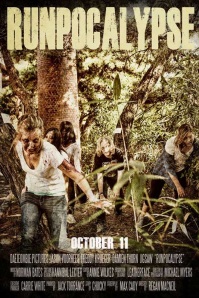 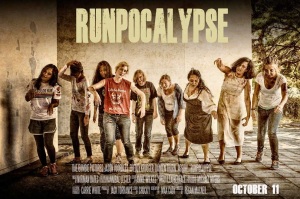 I also (man, I need a thesaurus…my teachers would rip this blog apart, haha) made a Powerpoint to show my kiddos about Halloween.
HALLOWEEN ppt

Feel free to check it out 😀
I shared it with the other teachers at our school (3 others) so we can keep the…sameness.