As a single lady, I don’t really have any reasons to be super excited that Valentine’s Day is coming, but I do love it because holidays are always a fun thing to celebrate in a classroom.

I’m planning on turning Friday into a mini-party–still working out logistics–but I’m going to bake Funfetti cupcakes with pink icing and I want to make these cookies: 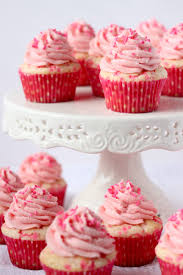 And maybe some of these too–I could put together some cookie bags like I did for Christmas.  😀  We’ll see.

I also want to have them make Valentine’s cards for each other as it’s a cultural experience and it’s not something that’s done here.

Valentine’s Day in Korea is when the girls give chocolates/candy to the boys and a month later on March 14, White Day, the guys return the favor.  Apparently there’s also Black Day the following month (April 14) and that’s for the single people.

You’re supposed to go to the restaurants and order jjajjangmyeong, which is a cold, black bean and noodle dish.  You’re then essentially upping your chances to meet other single people in hopes that you won’t be single the next time it rolls around.

My goal with the treats and Valentine’s party is to make a fun party out of it.  I want them to be able to enjoy the holiday in another way.  I like opening their eyes to different things.
For example, a girl was reading a book about apple picking and there were yellow apples in the book and she thought it was funny.  In Korea, we have one type of red apples and SOMETIMES green apples (and the world goes crazy when they are here), but there aren’t any yellow apples.  I explained to the girl that there are yellow apples too and she thought I was joking, but I pulled up an American grocery store on Google and she was amazed by all the apples.  Not just one kind of red…but a lot of red, green and yes, yellow apples.
I try to also include other countries into the mix also.  I don’t want it to be all about America, but also about other places that I’ve experienced.  I like to pass on as many cultural things as possible to open their minds a bit.

With Valentine’s Day, I want them to know that it can be celebrated any way you want, but especially including your firends and family into the mixture.  It’s not only for boyfriends/girlfriends.  I hear so much about being “lonely”/”don’t want to be lonely”/”Aren’t you lonely” from the older people (my age) that it’d be nice to diffuse some of that before it gets going.

Let’s see…oh!  We watched Matilda the past two movie days (Only about 30 minutes each time)–and usually I don’t do two movies in a row because there are so many out there, but they LOVED Matilda, so we continued on a bit more with it.  (One of my girls in the class found the book in our library and I encouraged her to take it home and try it out.  It’s well above her reading level but she loved the movie and she seemed excited to have it, especially knowing that there wasn’t a rush and she wouldn’t have a test over it.
Ah yes, the point…if you’ve seen the movie or read the book you know there’s a horrible principal called Miss Trunchbull, and later in the movie it lets on that she’s superstitious and afraid of spooky/ghosty things.
This lead to a segway about superstition. A massive word for them, but I talked about it anyway.  We talked about good luck and bad luck and what things people are superstitious about in Korea.  They didn’t know the word superstitious in Korean (I translated it, but they don’t know it yet in their language, but they knew bad luck).  We also talked about how superstitions (or things that are bad luck) can be different in each country.
For example, in Korea, the number 4 is considered to be bad luck, as is writing someone’s name in red ink (symbolizes death),  I talked about some that we have in the US (walking under ladders, #13, black cats) and helped them understand why Miss Trunchbull was freaking out when there was a black cat near her in the movie.

Whew.  A bit long-winded tonight.
We had the movie day on Friday, but I made a note to talk with them about it because they seemed confused as to why this big strong lady was afraid of cats.  One boy just thought she didn’t like cats…but it was a good learning experience.

Valentine’s Day is going to be snack-time (cupcakes and cookies–bagged candy can be pricey and I love baking, so baked goods it is!) and they’re going to make Valentine’s for each other and their parents.
We have two hours…so that should be enough time…right?

I was a bit concerned about my youngest kids and this penpal project because we’re matching the kids up with 5th graders and I didn’t know if (1) they would have much to talk about with the age gap (my youngest: 1 kindy and some 1st graders) and (2) ability level.
So, I did some poking around and I got another class (THANK YOU MATT!!!!!!!!!) that is interested in writing to my youngest babies.  They’re kindergarten, but apparently fairly advanced.  Either way, that would be great practice for them.

Yay!  😀 😀
Still awaiting a confirmation email on the second school from the teacher herself, but I’m feeling good.  Happy week 😀

This is a tiny post but I can’t contain my excitement to combine it with something else, so here we are.

I have been toying with the idea of organizing a penpal project for my students for awhile (just brewing in the back of my mind) and I mentioned it to my boss today and got it approved!
I wrote out a message to all of my teacher friends in the US and UK asking if they would like to write to my kids and participate and I just got someone who was as excited as I am.  Less than 3 hours later.  😀 😀 😀

I did a mini-penpal thing a few months back where my kids wrote to “a book character” (me) and I wrote a custom letter back to each of them.  It was a ton of work though (20+ custom letters).  We did it back and forth twice and they got excited about the letters, but I think this will be more exciting.  They’ll have real kids their own age and they can practice writing in a real sense…not just in a workbook or for a test.
Maybe even form some long-term friendships??

Anyway, I had long day Friday and was ready to leave, but now with this new little project, I’m excited for Monday to get here 😀